Get the Facts About Pregnancy

Don’t get caught worrying about being pregnant before you are sure. The first step is to verify you are pregnant. 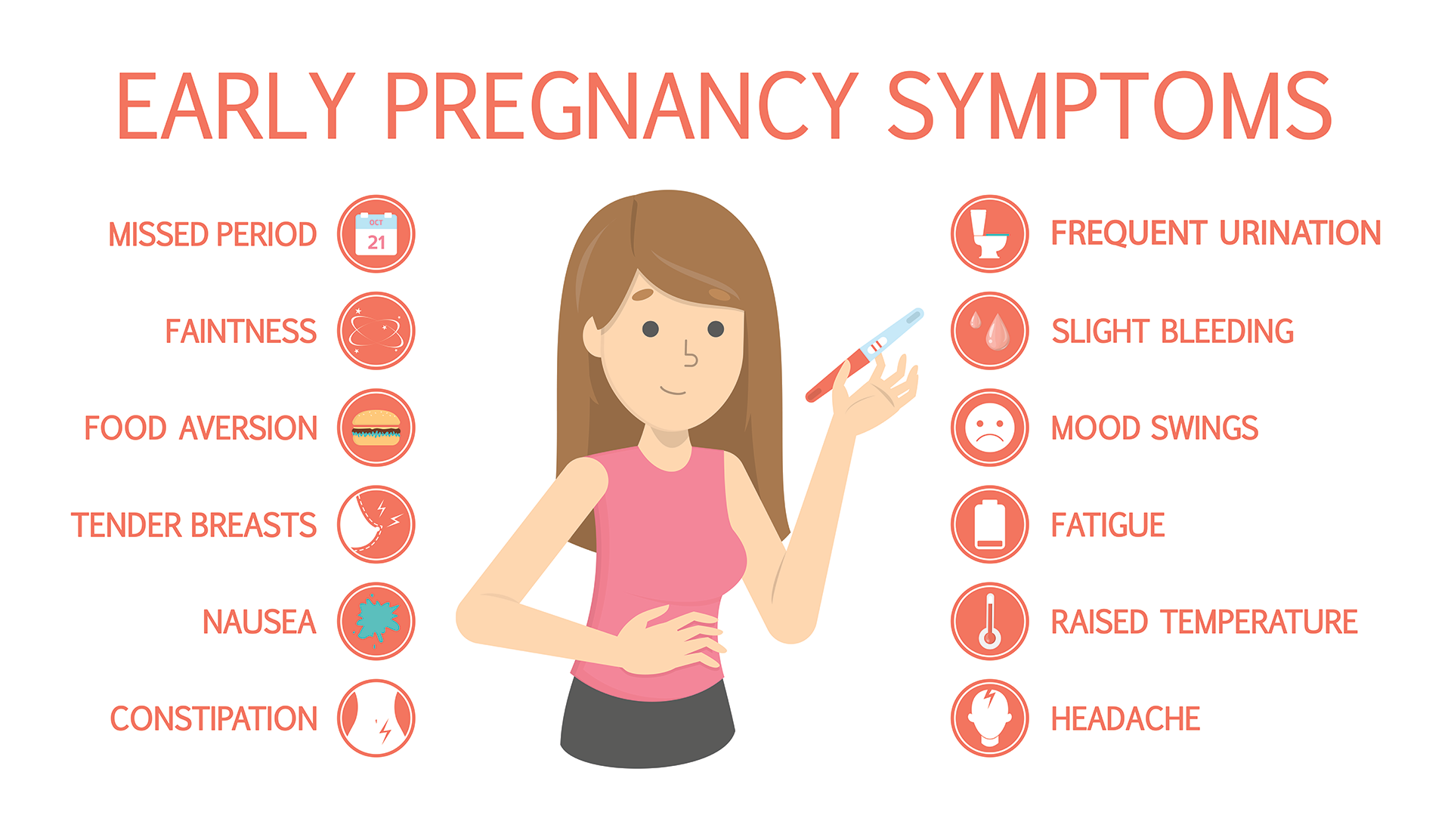 Each pregnancy is unique and symptoms may vary. If you are experiencing some of these symptoms, especially if you have missed one or more periods, make an appointment with Gateway Express Testing today!

According to The National Institutes of Health Pregnancy is the term used to describe the period in which a fetus develops inside a woman’s womb or uterus. Pregnancy usually lasts about 40 weeks, or just over 9 months, as measured from the last menstrual period to delivery. Health care providers refer to three segments of pregnancy, called trimesters.

Conception is the beginning of pregnancy, where in normal circumstances, a fertile egg inside the woman’s body is fertilized by a sperm during intercourse, to form a new human life..

Generally speaking, the most fertile period of the month begins about 4 to 5 days prior to ovulation and ends nearly 24 to 48 hours after it. That’s because the sperm can live in the body for 4 to 5 days, while the egg can survive for 24 to 48 hours after being released. These 24 to 48 hours is the window of fertility during which thechances of getting pregnant are greatest. If a couple has sex a day before the woman starts ovulating or on the day itself, the sperm can stay in her reproductive system and make itself available to the egg after ovulation. At the moment of conception, the chromosomes and genes from both parents combine to determine all the physical characteristics of the new baby: gender, facial features, body type, hair color, eyes and skin.

Each month inside your ovaries, a group of eggs starts to grow in small, fluid-filled sacs called follicles. Eventually one of the eggs erupts from the follicle (ovulation). It usually happens about two weeks before your next period.

The Egg Travels to the Fallopian Tube

After the egg is released, it moves into the fallopian tube. It stays there for about 24 hours, waiting for a single sperm to fertilize it. All this happens, on average, about two weeks after your last period.

If the Egg Isn’t Fertilized

If no sperm is around to fertilize the egg, it moves through the uterus and disintegrates. Your hormone levels go back to normal. Your body sheds the thick lining of the uterus, and your period starts.

If one sperm does make its way into the Fallopian tube and burrows into the egg, it fertilizes the egg. The egg changes so that no other sperm can get in. At the instant of fertilization, your baby’s genes and sex are set. If the sperm has a Y chromosome, your baby will be a boy. If it has an X chromosome, the baby will be a girl.

Implantation: Moving to the Uterus

The egg stays in the Fallopian tube for about three to four days, but within 24 hours of being fertilized it starts dividing very fast into many cells. It keeps dividing as it moves slowly through the fallopian tube to the uterus. Its next job is to attach to the lining of the uterus. This is called implantation.

Some women notice spotting (or slight bleeding) for one or two days around the time of implantation; the lining of the uterus gets thicker and the cervix is sealed by a plug of mucus. It will stay in place until the baby is ready to be born. Within the first week, a hormone called human chorionic gonadotropin (hCG) can be found in your blood. It’s made by the cells that eventually become the placenta. A blood or urine test at your doctor’s office will usually detect hCG. It may take three or four more weeks for it to show up as a positive result on a home pregnancy test.

What If I Have A Positive Test At Home?

Even if you have a positive test at home, we require you to take a pregnancy test at the Center to see if you qualify for a free ultrasound referral. All services provided at Gateway Express Testing are free and your health information is confidential